John graduated from Stirling University in 1989 and qualified as a chartered accountant in 1992. He was and continues to be a keen academic and, in addition to his duties in Perth and Pitlochry, is a recognised teacher at Stirling University and lectures regularly on financial reporting matters to both undergraduate and post graduate students. He is also the co-author of ‘Financial Accounting and Reporting’, published by McGraw-Hill. 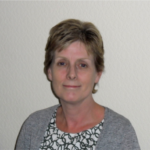 Originally from Aberfeldy, Janis graduated from Stirling University in 1985. She has worked in general practice since qualifying and joined the firm in 2007, becoming a partner in 2010. Janis has extensive knowledge of personal and business taxation.  Away from the office, Janis is a keen hill walker and dog walker. 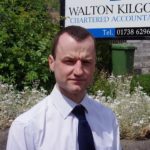 Graeme has been a partner at Walton Kilgour since 2015.  He joined the firm in 2009 after graduating from the University of Stirling with a First Class Degree in Accountancy and qualifying as a CA in Stirling.  Graeme particularly enjoys helping start-ups and consultants.  Away from the office, Graeme is a keen sports fan and enjoys football and tennis.

26/30 Bonnethill Road, Pitlochry, PH16 5BS
01796 474370
pitlochry@wkca.co.uk
We use cookies to ensure that we give you the best experience on our website. If you continue to use this site we will assume that you are happy with it.Ok